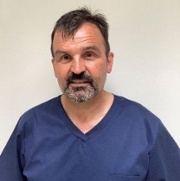 Huw has been a member of the ophthalmology department since January 2001. He completed his university degree in 1980 and prior to joining the team he worked as a primary care optometrist for 20 years. He has a special interest in glaucoma and specialist contact lenses. He is currently working towards the independent prescribing qualification with Birmingham University and the College of Optometrists. 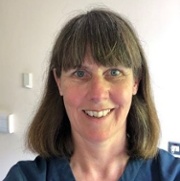 Gillian graduated from Manchester University in 1992 and qualified as an optometrist after a pre-registration year in Cardiff. Following 10 years practising optometry in primary care Gillian joined the Royal Gwent Hospital Eye Department as a hospital optometrist in 2004. She works part time specialising in children's cycloplegic eye examinations.