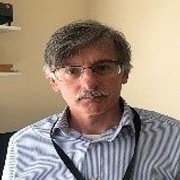 Mr Blyth graduated from Liverpool University in 1988. He trained in Manchester, north Wales and Liverpool, first coming to south Wales in 1994. His final year of training was spent at Moorfields Eye Hospital. He became a consultant post at Royal Gwent Hospital on 1 March 1999. He specialises in medical retinal diseases, especially age-related macular degeneration and small incision cataract surgery.

Outside work he enjoys time with his family, walking in the Gwent countryside, photography and reading.

Desmond O’Duffy studied medicine at University College, Dublin then completed junior ophthalmology training at Plymouth and Wolverhampton, competing his higher surgical training on the Oxford rotation.  He did a year’s glaucoma fellowship at The Royal Victoria Eye and Ear Hospital, Melbourne, Australia in 1999 before gaining his appointment as a substantive consultant at the Royal Gwent Hospital with a specialist interest in glaucoma.  He was Clinical Director for eight years.  With his then glaucoma colleague, Mr Andrew Feyi-Waboso, he has developed nurse led, glaucoma shared care clinics and community based optometry glaucoma shared care clinics to help improve access by increasing capacity to the glaucoma services overseen by the glaucoma specialists.   As part of the glaucoma sub-specialty service, selective laser trabeculoplasty, augmented trabeculectomies plus Mitomycin C and Baerveldt tube surgery are available for the more straight forward to the more complex glaucoma cases.

Tina Duke qualified at St Bartholomews Hospital, London in 1987.  She started her ophthalmology training in Oxford and Reading, with higher surgical training at the Leicester Royal Infirmary.  Following Fellowship subspecialty training in paediatric ophthalmology at the Royal Children's Hospital in Melbourne, Australia and a further Fellowship in Paediatric Ophthalmology and motility at the Bristol Eye Hospital, she was appointed as Consultant Ophthalmic Surgeon at the Royal Gwent Hospital in 2006.  Her work involves general ophthalmology clinics and small incision cataract surgery, with children's eye problems, eye movement disorders and squint surgery being her subspecialty expertise.  She works closely with an excellent team of Orthoptists, Hospital Optometrists and is supported by a dedicated Nurse Practitioner specialising in children's eye problems.

Outside work, she enjoys family life in rural Monmouthshire with interests including gardening, dog-walking, cycling and piano playing, with busy work and family life interspersed with relaxing breaks in Pembrokeshire.

Ms Rita Sengupta is a Consultant Ophthalmologist with a specialist interest in Medical Retina.

Born in London, she studied medicine at Leicester University, qualifying as a doctor in 1992.

Rita embarked upon a career in Ophthalmology and completed her Higher Surgical Ophthalmic training in South Wales.  Following a Fellowship in Medical Retina at the prestigious Moorfields Eye Hospital in London, she was appointed as Consultant Ophthalmologist at The Royal Gwent Hospital in July 2005. She has been a fellow of the Royal College of Ophthalmologists since August 1998.

She is trained in all aspects of Medical Retina including age-related macular degeneration, retinal vascular disorders as well as small-incision cataract surgery.

Rita has a keen interest in diabetic retinopathy and has been the Clinical Lead for Diabetic Retinopathy Services for the last 14 years.

Outside of work Rita is a keen rambler and enjoys exploring the Welsh countryside with her family. 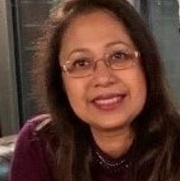 Ms Madhu Mitra is a Consultant Ophthalmologist with special interest in Medical Retina and Uveitis. She completed Specialist Registrar training from Wales Deanery and fellowship in Medical Retina and Ocular Inflammation from University Hospitals Bristol before taking up the Consultant post in Aneurin Bevan Health Board in 2010. Her work involves general Ophthalmology, Retinal pathologies, Ocular Inflammatory disorders and cataract surgeries. She has helped set up the Referral Refinement pathway for Wet AMD and runs the Rapid Access wet AMD Treatment Service at the Royal Gwent Hospital. She has helped expand the Retina service with the Ophthalmic Diagnostic and Treatment Centre for anti-VEGF treatment for Retinal diseases. She is the ABHB Lead for Ocular Inflammatory diseases and works closely with other specialities for management of vision threatening posterior Uveitis. Ms Mitra is the Educational Supervisor and College Tutor for the Ophthalmology trainees working in the Health Board and works closely with the Specialist Training Committee, Wales Deanery and Royal College of Ophthalmologist to this effect.

Outside work she enjoys family life in Cardiff, with interests including dance, drama, walking and reading. She is a trained Indian Classical dancer, loves teaching children and has organised many Indo-Welsh cultural programmes in Cardiff. As Executive Committee member of few charitable organisations she is involved in charitable fund raising for survivors of natural disaster in UK and India.

Andrew is a Consultant Ophthalmologist at Aneurin Bevan Health Board. Originally from North Wales, he graduated from Bristol University in 1998 with degrees in both Medicine and Anatomy. Before starting his Ophthalmology training he worked in hospital medicine in Sydney, Australia and subsequently at Oxford University teaching Anatomy. His Ophthalmology training was based in South West England and South Wales followed by a specialist fellowship in Oculoplastic, Lacrimal and Orbital Surgery at Moorfields Eye Hospital, London where he was trained by leading experts in this field. Andrew returned to South Wales in 2011 taking up a consultant position at Aneurin Bevan Health Board. He is a Fellow of the Royal College of Ophthalmologists. His areas of expertise include small incision cataract surgery, oculoplastic surgery and lacrimal problems.

Outside work, Mr Roberts enjoys flyfishing and loves being on the River Usk in free time with his three young children.

Miss Obi trained at the Royal Free Hospital and University College School of Medicine, University College London, qualifying in 2001, achieving distinctions in both her Medical degree and a Batchelor of Science degree in Anatomy and Developmental Biology.

She is an Honorary Senior Lecturer at Cardiff University, is actively involved in teaching undergraduates and clinical research. She has published books as well as many peer reviewed research papers.  Her areas of expertise include Cataract surgery, Oculoplastic, Lacrimal, Orbital surgery as well as General Ophthalmology and Tele-Ophthalmology. In her free time she enjoys spending time with her family and in nature.

Mr Abdo Karim Tourkmani became Clinical Director of the Ophthalmology department in February 2021. He is a Consultant who specialises in the treatment of cornea, cataract and anterior segment disorders.

He studied Medicine in Universidad Complutense de Madrid (Spain) from 2000 to-2006. He passed his entrance to speciality examination qualifying amongst the top 10% for the whole of Spain, and started his training in Ophthalmology in 2007 in Fundacion Jimenez Diaz (Madrid).  In 2011 he obtained his Fellow of the European Board of Ophthalmology degree.  In 2012 he went to Mexico for a one year Cornea and Refractive Surgery fellowship in Hospital Luis Sanchez Bulnes – Mexico City, where he acquired further clinical and surgical training of corneal and anterior segment disorders.

He started as a Permanent Consultant in Royal Gwent Hospital in July 2017. In February 2018 he was awarded “Surgeon of the Month Award” by the International Society of Refractive Surgery / American Academy of Ophthalmology, for his skills in cornea – cataract – anterior segment surgery.

Areas of surgical expertise covers cataract surgery, correction of subluxated or absent intraocular lenses, iris repair, and surgical correction of corneal disorders (mainly via corneal graft surgery). He has successfully introduced Bowman Layer Transplant for advanced keratoconus in this hospital, making RGH the first and only to perform this procedure in the UK at the time of this text.

He has also interest in research, having published (and being currently involved) in research mainly regarding keratoconus and Fuchs endothelial dystrophy.

He’s passionate about languages and speaks fluently Spanish, English, Arabic and Dutch; at present he is learning French.  He enjoys spending his free time with his family and friends, travelling, reading, and exercising regularly.

Mr Ryan Davies is a Consultant Ophthalmologist, with a specialist interest in paediatric ophthalmology and strabismus. He graduated from the University of Wales college of Medicine with honours in 2008. During that time he also was awarded an intercalated degree in Anatomical sciences. He completed his post graduate foundation training in Cardiff prior to working as a Registrar in emergency medicine in Sydney, Australia. He then returned to Wales to complete specialist training in Ophthalmology and is now a Fellow of the Royal College. Following completion of training he carried out a fellowship at the Manchester Royal Eye Hospital. Here he gained experience in all areas of paediatric ophthalmology and strabismus, including intra-ocular surgery in children with congenital cataracts and glaucoma, complex strabismus, genetics, uveitis and retinopathy of prematurity. In 2019 he was appointed as a substantive consultant at the Royal Gwent Hospital, Newport. Mr Davies has published a number of research projects, including being awarded a research grant for a national project on the management of congenital dacryocystocoele, in conjunction with the British Ophthalmological Surveillance Unit (BOSU). He has also published various book chapters on topics within Ophthalmology. Mr Davies has a keen interest in medical education and has recently been appointed an examiner of the Royal College of Ophthalmology. 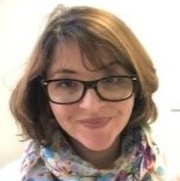 Rhianon Perrott-Reynolds qualified as an Optometrist with a degree from Cardiff University in 1997. Following a pre-registration year in Community optometry she undertook a full time PhD at Cardiff investigating ocular blood flow in patients with type 2 Diabetes. During this time she decided to start a medical career and graduated with honours from Cardiff University medical school. Her training in Ophthalmology started in the Wales Deanery in 2010 and after completion of training and a fellowship in Medical Retina and Uveitis at Bristol eye hospital Rhianon took up a consultant post with Aneurin Bevan at the start of 2020. Her main clinical interest is Medical retina and Retinal imaging, Uveitis and cataract surgery.

During training Rhianon maintained a strong interest in research. She has been investigator on many clinical trials and chief investigator on a project funded by Fight for Sight, a grant won whilst a trainee. She is part of the Welsh Eyecare Pathway Research Network and the Welsh representative on the NIHR Ophthalmology sub-specialty group, as well as the Royal College of Ophthalmologists regional educational research advisor. Rhianon works with the Department of Optometry and Vision Science at Cardiff University on projects including imaging in Age related macular degeneration. Rhianon is also a member of the International Retinal Collaborative and is involved in a number of studies with this global group. 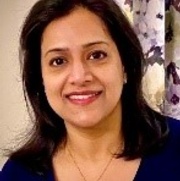 Ms Bushra Thajudeen graduated from Trivandurm Medical College, India in 2002 following which she undertook post graduate training in Ophthalmology (MS) there before coming to the UK for further training. She completed specialist training in Ophthalmology in Wales deanery and did a fellowship in Glaucoma in Bristol eye hospital. She did further fellowship in cornea and anterior segment in Queen's medical centre, Nottingham before being appointed in Royal Gwent Hospital as consultant ophthalmologist with special interest in cornea and glaucoma. Her work includes managing complex corneal conditions, keratoconus, ocular surface pathologies like Steven Johnsons syndrome, oculocicatricial pemphigoid and various types of corneal transplants. She is competent in managing complex glaucoma, performing trabeculectomy and glaucoma drainage device implantation. She is interested in teaching and is an honorary lecturer in school of optometry and vision sciences, Cardiff University. Outside work, she is a keen artist and spends her free time enjoying oil painting and gardening. She has also done illustrations in a few ophthalmology books.

Mrs Prasad is an Associate Specialist in the Ophthalmology Department at the Royal Gwent Hospital.

Mrs Prasad’s areas of interest are Medical Retina, Laser treatment, Oculoplastics.  She is the laser treatment lead in the department, who provides laser training to Ophthalmology Registrars. Mrs Prasad was involved in the planning and delivery of Intra vitreal  Anti- VEGF at the Austin Friar Treatment Centre- for AMD, DMO and RVO.  Following this work, Mrs Prasad was nominated for an Award for Improving Patient Experience at the Austin Friar treatment Centre.