As part of PRIDE month, we are celebrating our PRIDE Role models.

Role models can play an important part as valuable support systems for their peers.

Role models are people who set a great example simply by being themselves.

Good role models don't want to be defined just by being LGBTQ+. They think it's an important part of who they are – just like other elements of their identity such as gender, ethnicity, disability and culture.  They're willing to step out from the crowd rather than playing it safe. They recognise that this doesn't have to be a grand gesture – sometimes it's more about being themselves.

We are incredibly proud to support this Role Models Guide, which has been produced by Stonewall Cymru. You will read a selection of powerful stories from just a small number of individuals that we consider to be role models. We hope that these will not only move you, but inspire you to take action to be a role model or an ally in everything you do, to embody the principle of acceptance without exception.

On page 8 of the Guide, you will meet our staff member, Caroline Bovey. Caroline is the Chair of Aneurin Bevan University Health Board's LGBTQ+ Advisory Group, a Lead Public Health Dietitian in Aneurin Bevan University Health Board, Chair of the British Dietetic Association and a passionate advocate of equality, diversity and inclusion to name but a few! 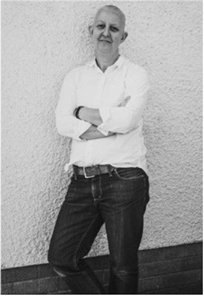