A Victorian Walled Garden, on the site of The Grange University Hospital, has been officially opened to the public. 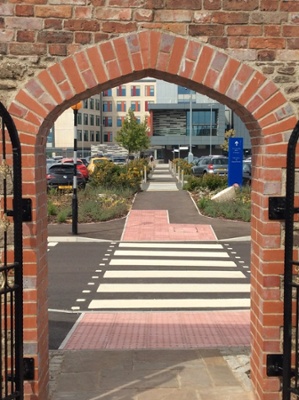 Situated close to the main entrance of the new hospital at Llanfrechfa, Cwmbran, the garden has been gradually transformed during much of the past decade, from a previously neglected piece of the site's history into a community space that is open to people to use as place of relaxation, contemplation and enjoyment during daylight hours. The walled garden is an important green space and will benefit patients, staff, visitors and the community around it.

Originally the kitchen garden attached to Grange House - on the other side of the garden to the new hospital - when it was a private manor, the garden was later used for therapeutic horticulture for residents when Llanfrechfa Grange became a Learning Disabilities hospital in the 1950s. All manner of fruit and vegetables were grown in well-maintained plots, but when patients were resettled into the community in the 1990s, the garden became unused and fell derelict. 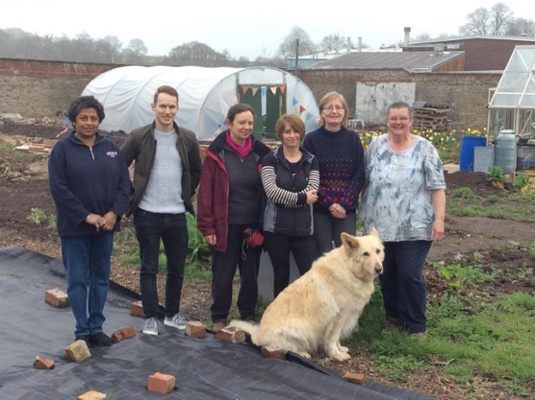 Then in 2013, a small group of staff at Aneurin Bevan University Health Board suggested it be made into a community garden. Ideas were sought for its development, and a formal community group with charitable aims was formed to take this forward. In 2017, the group applied to the Charity Commission for England and Wales, and became an established charity - the Friends of Llanfrechfa Grange Walled Garden who have worked tirelessly to lead the development and new layout of the garden.

The Friends aim to continue hosting a number of events throughout the year, such as the national “Have a Grow” day in June, and seasonal activities such as fetes and Christmas craft fairs. They also plan to restart some therapeutic horticultural activities for patients in the future.

The garden was officially opened earlier this month at a ceremony attended by the charity's trustees, volunteers and associate members, donors, and supporters from a range of public bodies, organisations, local businesses and the local community. 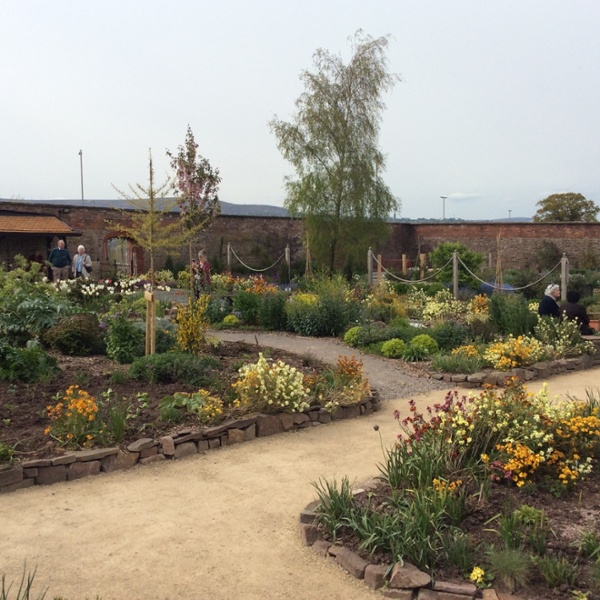 NOW: A space for relaxation and contemplation

Dr David Hepburn, consultant in intensive care at The Grange University Hospital cut the ribbon and said: "The health and wellbeing benefits derived from being outside, especially in a beautiful and peaceful environment, are well documented. I am delighted that the new hospital has been sited next to this lovely garden and that it will be open for all to enjoy. What an amazing resource.”

Jan Smith, who chairs the charity, said the garden's opening is a product of the hard work, determination and generosity of many individuals, groups, funding bodies, and businesses that have donated their time and resources to help realise the dream. Entirely self-supporting, the garden and its Friends group rely on small grants, income generating activities, membership fees, and the hard work and generosity of its volunteers and local supporters.

The charity currently has just under 100 associate members who pay £5 a year to support the garden project. There are around 40 regular volunteers, many of them also members. Volunteering takes place every day.

New members and volunteers are always welcome. To get involved, visit www.facebook.com/LlanfrechfaGrangeWalledGarden or the website at www.llanfrechfawalledgarden.wordpress.com 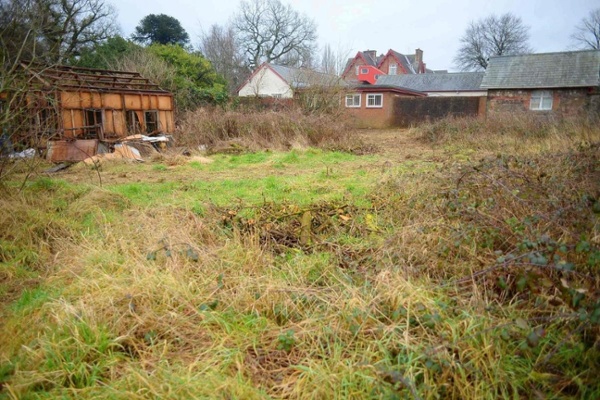 THEN: The neglected garden in 2015